The late Archbishop, Servant of God Mar Ivanios OIC was born on September 21, 1882 at Mavelikkara. Born in the famous Mallitta Panicker family belonging to the Malankara Syrian Orthodox church, he assumed the baptismal name Geevarghese. Young Geevarghese, a brilliant student in his early school days, at the age of 15 received minor orders and was sent to Madras Christian College for higher studies. There 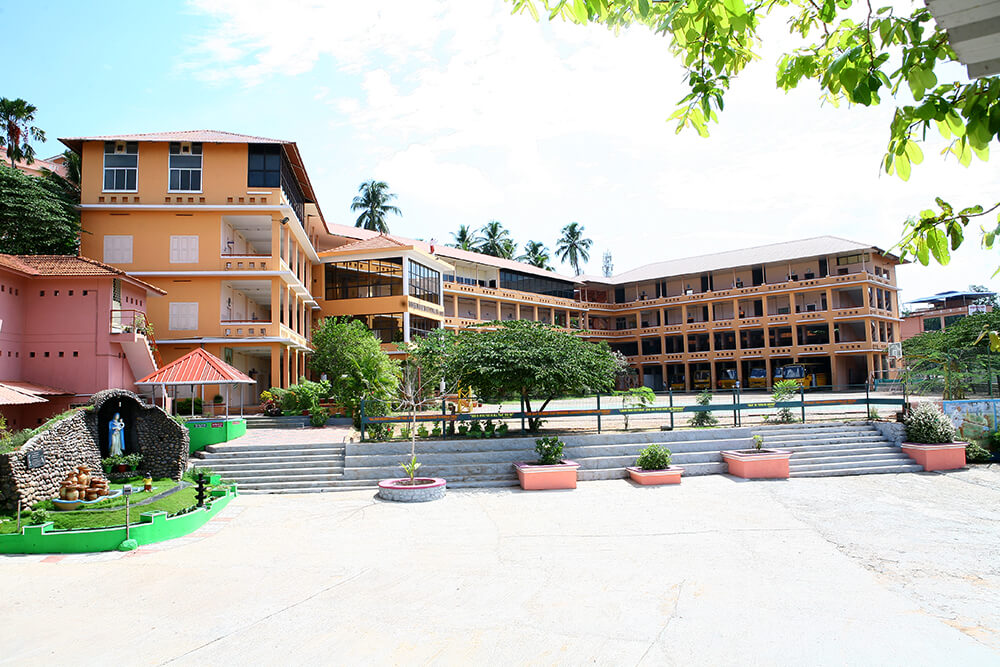 he obtained his Master's Degree. On 15th September 1908 Geevarghese was ordained a priest by His Grace Vattasseril Mar Dionysius. Just after ordination, Fr. P.T. Geevarghese was appointed principal of M. D. Seminary, Kottayam. Later the young principal moved to Calcutta accepting an invitation to teach in the Serampore College. During his stay at Calcutta, Fr. P.T. Geevarghese concentrated his attention on the foundation of a monastic community as an instrument of spiritual renewal within the Syrian Orthodox Church. In his attempt, he was very well inspired by the Christian and Hindu monastic traditions. After making the necessary arrangements to begin such a form of life, he resigned his professorship at Serampore and started the community on 15th August 1919 at Mundanmala, Ranni in Kerala, to which he gave the name Bethany Ashram.

Within no time, Bethany Ashram and its beloved founder came to the limelight of the Malankara Orthodox Church. Abo Geevarghese OIC was consecrated Bishop of Bethany on 1st May 1925 and he received the new name Mar Ivanios OIC. His relentless search for truth in the ascetic atmosphere of Bethany Ashram led him to the firm conviction to reunite with the Catholic Church. On 20th September 1930, Mar Ivanios, together with Mar Theophilos and most of the members of Bethany Ashram embraced the Catholic Church. As later history reveals, the reunion movement gained rapid momentum under the leadership of Mar Ivanios OIC, an eminent scholar, a man of great vision, a spiritual leader. Mar Ivanios OIC rightfully earned the title Newman of the East even before his demise on 15th July 1953. He could capture the attention of the world as a sage, founder of religious communities, an apostle of church unity, scholar and author of more than thirty books, a social reformer and a true Sacerdos Magnus, a pillar of the church in India.

Navajeevan Bethany Vidyalaya (NBV) is managed by Bethany Navajeevan province of the Order of Imitation of Christ(OIC), a pontifical Congregation of the Catholic Church. The Congregation has been running a number of educational institutions in various parts of India with a social commitment of quality education to all irrespective of caste or creed. NBV provides education for a child from Pre-primary to Senior Secondary level.

Navajeevan Bethany Vidyalaya has a dream,a dream of liberating young minds from the bonds of ignorance and darkness. And therefore our motto- Jnanena muktihi means liberation through wisdom.

We are all born with a divine fire in us. Our efforts should be to give wings to this fire and fill the world with the glow of its goodness. APJ Abdul Kalam

This is what we at the NBV aspire for giving wings to the fire present within each of our students so that they leave their foot prints on the sands of time.

Our aim is to create an ambiance of learning with stress on provocative thinking and moulding a generation of competent and creative individuals capable of proving constructive leadership in a new world order.

We are currently one of the best CBSE school in Trivandrum which provides quality education at par with the Global Standards.

A memorable day in the history of Navajeevan Bethany Vidyalaya was September 22nd, 2015, when we got the accreditation of the British Council and were honoured with the International School Award for the period 2015-2018. The project was initiated under the guidance and encouragement of our former Administrator cum Principal Rev.Fr. James Varghese Illitharayil OIC and the ISA co-ordinators Mrs.Shahna Renjith and Mrs. Bindu K. The award ceremony has held at Hotel ITC Grand Chola, Chennai, where our Administrator Rev Fr. Thomas George OIC and the ISA Co-ordinators received the trophy and the citation from Mrs. Ann Burgass, the representative from British Council. This accreditation from British Council is indeed a crowning story for Navajeevan Bethany Vidyalaya and proves once again that we are the Best CBSE School in Trivandrum. This was a joint venture by all the students, the teachers, parents and our well wishers.

Navajeevan Bethany Vidyalaya follows the academic pattern as prescribed by the Central Board of Secondary education (CBSE). Malayalam and Hindi are taught from Class 1-8,, in the class IX, one of these is chosen as the second language.